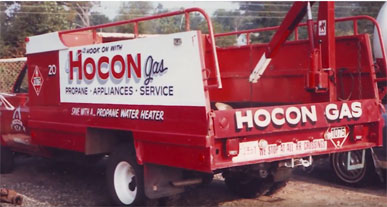 Mike Gable formed the roots of Hocon Gas in 1952 with the simple philosophy of providing an exceptional energy product and commitment to outstanding customer service. This philosophy still defines Hocon, which is now under the direction of Mike’s son, David Gable.

Today, Hocon serves thousands of residential and commercial customers in Connecticut, New York and Massachusetts. Throughout the decades, the unflagging desire for excellence that Mike Gable carried with him while serving his first customers remains the hallmark of our business today.

We know we’re not perfect, but it is our mission every day to provide a level of service that’s unmatched by any of our competitors.

If you’re already a Hocon Gas customer, we thank you for your past, present and future business.