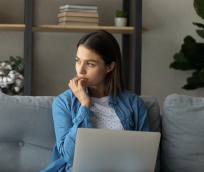 The surge in all energy prices has been painful for everyone. A few months ago, natural gas hit its highest price in years, influenced by the war in Ukraine. Electric supply rates in Connecticut are set to double in January.

Diesel fuel (which is identical to heating oil) is experiencing its tightest supply in decades, largely because we have lost so much refinery capacity in the United States. As a result, both diesel and heating oil have risen far more than gasoline.

Propane has been a bright spot

Propane’s price has increased far less than virtually all other fuels, and right now, supplies are in good shape. But that doesn’t mean we are out of the woods yet.

Hocon Gas has been keeping customers safe and warm for 70 years. There are many things we can’t control. But you can rest assured that we’ve been through tough situations before, and we will always prioritize our existing customers before anyone else.