Storm Warnings About the Rush to Electrification 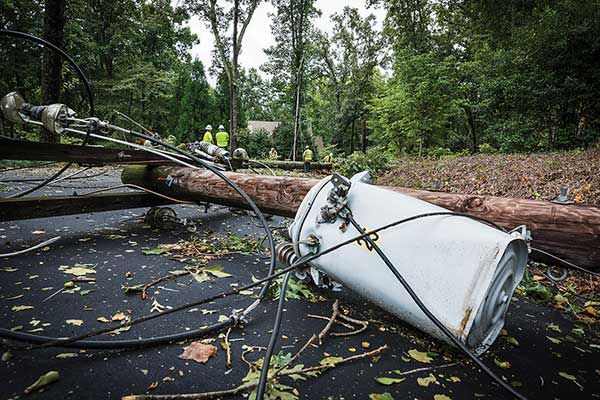 The Hurricane Isaias mess further “illuminated” the pitfalls of the rush to electrify everything. Undaunted, the Connecticut state government continues to aggressively push the use of electricity at the expense of other fuels, either with expensive and discriminatory incentives or onerous regulations. This is despite the fact that the electric infrastructure fails time and again, causing massive disruption, frustration and discomfort.

In the case of homes, the electrification plan would require a massive conversion of propane, oil and natural gas heating systems to heat pumps. A study in neighboring Massachusetts found that the average cost for this conversion was $20,428 for a 1,502 square-foot home. Of customers who converted, 89% kept their existing system as a backup—so fossil fuels weren’t eliminated anyway. Perhaps it’s because 84% were unhappy with their heat pump’s performance in very cold weather.

What about renewable-sourced electricity? In 2019, only 9.4% of New England’s net electric load came from renewables. This number is not realistically going to change much in the next decade.

Propane is the cleanest fossil fuel on the planet, and does not contain methane. It is not a major contributor to greenhouse gas emissions, and it can RELIABLY fuel homes, hot water and even vehicles. We don’t cause disruptions. We come to the rescue when electricity fails.

The next time you read about the state’s plan to electrify everything, please remember the recent Hurricane Isaias debacle and voice your concern. In the race to protect the environment, we can’t afford to rush down pathways that waste limited resources and produce troubling results.