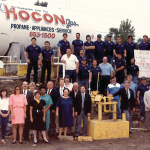 Seventy years ago, The Adventures of Ozzie and Harriet made its television debut on ABC, John Steinbeck’s East of Eden was published, Eddie Fisher’s “I’m Yours” was released — and Hocon Gas was born. The beginnings of our business It wasn’t called Hocon at the time. Mike Gable had escaped the Nazis, joined the war […] 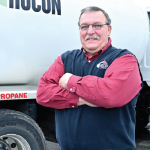 Richie O’Neil, general manager of our Waterbury location, has helped countless Hocon customers. It’s hard to imagine this place without him. Richie joined us on July 11, 1988. He had worked for another propane company before taking a job as a serviceman at Hocon. He distinguished himself as a dedicated, engaging employee and moved up […]

Earlier this year, Russia’s invasion of Ukraine sent shockwaves through world energy markets. In its aftermath, all energy prices have soared. Fortunately, propane prices have increased the least. We know this is hard for you; it’s hard for us too. When prices spike, people tend to think we make more money. The opposite is true. […]

Win fuel at 70 cents per gallon!

For our 70th anniversary year, we are giving gifts to some lucky customers! Some of the winners have chosen to share their positive Hocon customer experiences. We can’t thank them enough. Through July, we are running a Longest-Term Customer Contest where seven customers can win fuel at 70¢ a gallon. Enter on our Website by […] 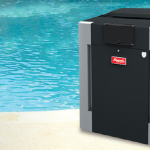 Dive Into Savings with a Propane Pool Heater

Propane is already one of the most energy-efficient and clean-burning fuels around, and it’s only getting cleaner and greener. Renewable propane is molecularly identical to conventional propane, but it’s not a fossil fuel. It’s made using organic materials like animal oils, vegetable oils, biomass and plant matter. This feedstock is abundant and inexpensive, and the […] 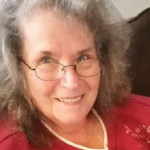 “The technicians are wonderful as well as the delivery drivers. I would never change to anyone else. They are the BEST.” Pat C., of New Preston Our hearts were warmed by Pat’s comments on our “Show the Love!” contest. When her entry was picked at random, she won 150 gallons of propane at just 70 […] 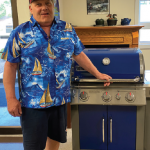